The Difference Between THEM and US 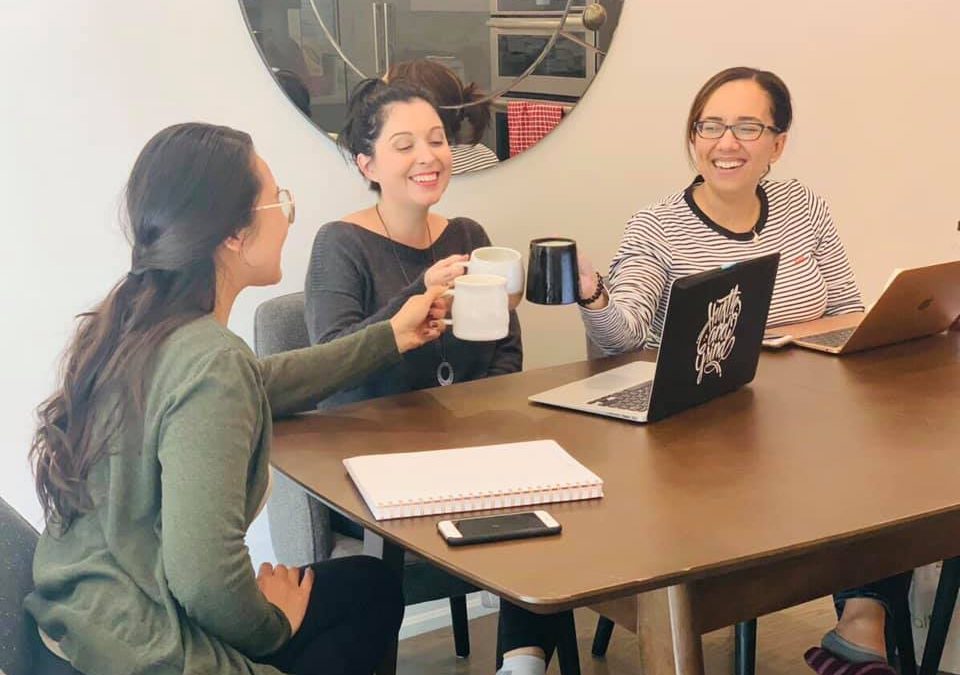 You and I are a special breed of the human race.

We’re NOT like most people. In fact, we are very VERY different from most, and if we’re being completely honest, we kind of ENJOY being so different!

I was thinking about how I’ve called in very specific people to my tribe. People like you. People who are on the same wavelength and play at the same level as me.

And I’m just so grateful to be surrounded by other people who just GET IT. Who just KNOW, deep within their soul that they have a fire that burns so powerfully inside of themselves and that NOTHING is gonna stop them from letting it burn.

Until the day we DIE, we will let that fire burn!

We don’t wake up and chase the money, we chase the FIRE.

We chase the pleasure of feeling that fire burn inside of our souls.

And nothing (NOTHING!) can even come close to exciting us more than that.

You and I, we were not born to be wallflowers. We weren’t put on this earth to get a job, slog through the days, pay our bills, take 1 measly week vacation per year, and then die thinking about everything we DIDN’T get to do.

None of that, thanks.

That’s just not how we roll.

We’re different. And we will do what we damn well please, thank you very much.

The difference between THEM and US is that we actually give a shit about our happiness and we’re willing to do something about it if we’re feeling like crap. We will go to the ends of the earth to ensure we are HAPPY.

We want things that make us happy.

We want people that make us happy.

We want experiences that make us happy.

We want a LIFE that makes us happy.

And we’re happy because we not only want it, but we call it in, we claim that happiness, and we act as though it’s already ours. We take the aligned action every single day that puts us in the space of happiness.

The difference between THEM and US is that we always put OURSELVES first because we know that the best way we can care for and support others, we must first be supported and cared for ourselves.

We love to take care of ourselves because we know that the better taken care of WE are, the happier we are, and the more we want to make others happy, too.

The difference between THEM and US is that we always trust our gut and take immediate action.

We refuse to over-think and over-complicate things that are actually a HELL FREAKIN’ YES. We know it’s a YES immediately, so we don’t need to go and “sit with it” or “make sure”.

All we need to know is that our gut screamed HELL YES when an opportunity presented itself. And when that happens, we take action instantly, before we have a chance to talk ourselves out of it.

This is the main reason we are so successful and why we make so much money in our business. Because we don’t over-complicate, we just DO. Say yes now, figure out how the hell you’re gonna make it happen later.

Because as YOU know, oftentimes when you say YES, the HOW presents itself pretty soon afterwards, as if you’re being rewarded for taking such quick action and trusting that gut feeling.

The difference between THEM and US is that we don’t let fear stop us from doing what we want to do.

We aren’t afraid of failing.

We aren’t afraid of making a mistake.

We aren’t afraid of someone making fun of us.

We aren’t afraid of losing followers.

We aren’t afraid of a bad investment.

We aren’t afraid of saying the wrong thing.

The difference between THEM and US is that we know what we want and we won’t stop until we get it.

The money, the fame, the impact, the freedom…

It happens to those that call it in and just flat out EXPECT IT to happen.

We expect it to happen.

A lot of the goals you have for yourself are probably crazy to most people, right? Have you ever had someone say “no one will pay you that much” or “that’s way too much money, you don’t need that much, just be happy with what you have”?

But you don’t doubt you. And that’s really all that matters anyway!

The difference between THEM and US is that we don’t give up. Ever. For any reason, even so-called “valid” ones.

We push on. We don’t stop. And we sure as shit aren’t afraid of everything blowing up in our faces by doing so. As it has before and likely will again at some point.

And so we focus on what we WANT instead and we keep moving. One foot in front of the other. The outcome in our head at all times, without worrying about HOW it’s gonna happen. We just KNOW. And so quitting is never, EVER an option.

The difference between THEM and US, quite frankly, is that we have a purpose that is so clearly defined that no one or nothing can get in the way of ensuring we live that purpose every single day.